Beautiful One Day, Way Less Than Perfect The Next

So far in the Rip Curl Pro Bells waiting period we've seen it all - from small and onshore to head high and rippable, followed by the madness of Easter weekend. Sunday peaked with bumpy 8ft plus sets pushing all the way from Rincon to the Winki Pop button, proving to be a huge test for every surfer and their equipment. Read More

With a second straight WSL wildcard in his back pocket, Dusty dropped by the JS factory earlier in the week to talk boards and grab some fresh equipment for WA. Read More

Living on the Central Coast, Ace gets plenty of opportunities to test his equipment on a range of reefs and points. Couple this with his experience in the Pacific, including a win at Teahupo'o a couple of years back, and he knows exactly what works for him in the juice. For Margies, Ace has a range of new boards and a few older favourites, with some being based on what he's previously ridden in Fiji and Tahiti, all the way down to his standard high performance Monsta 6. More info, below: 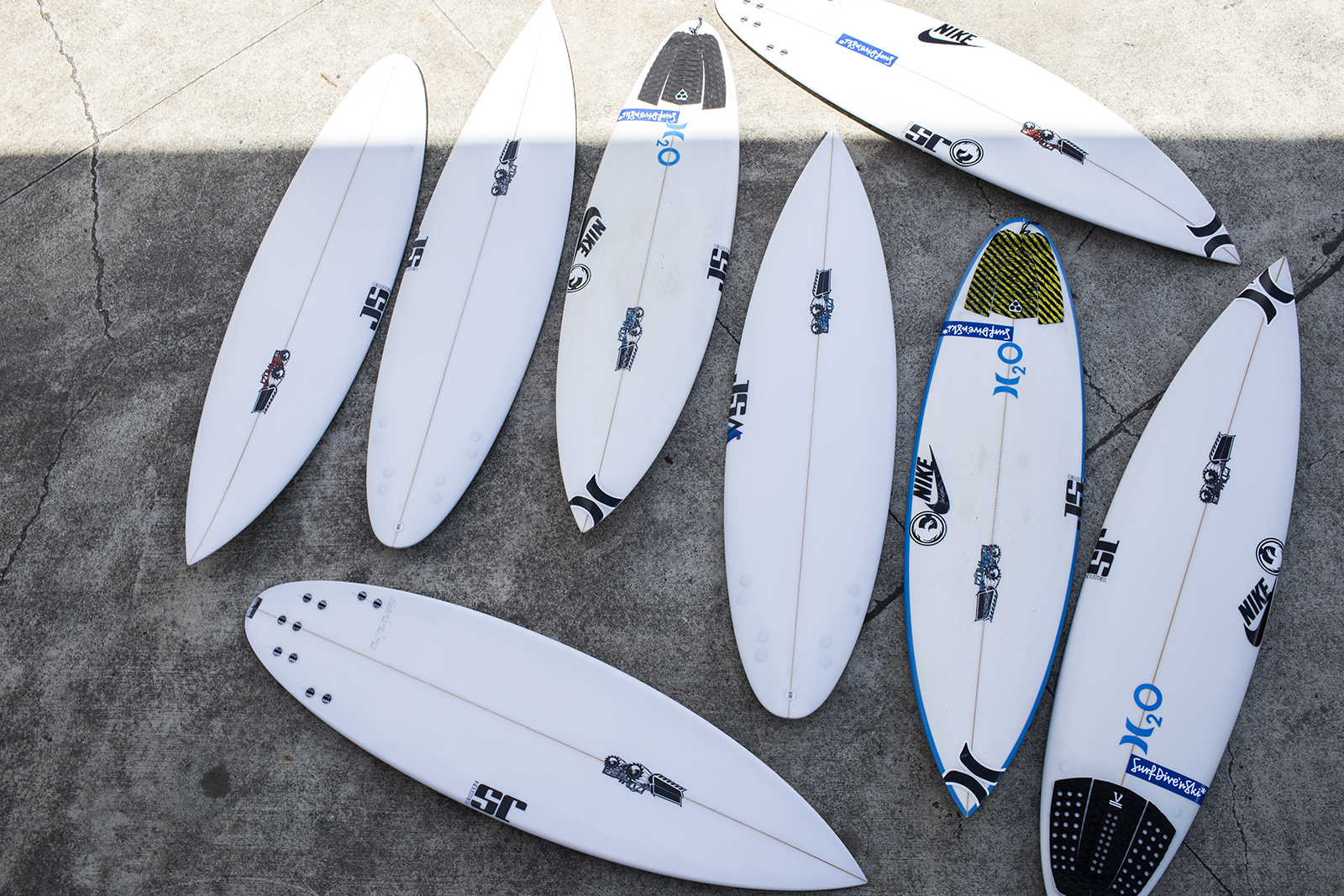 Jack Robinson On His Home Turf

Jack Robinson is one of the few 18 year olds in the world who could win a CT event, particularly if the main component is tuberiding. Ever since he was 10 years old he's been marked as a once-in-a-generation talent, and in the last year he's put in performances at both Pipeline and Teahupo'o that have shown everyone he's starting to grow into all of that potential. Read More

After 10 years on tour, Jeremy's more than comfortable at every place the WSL visits. But it's on reef breaks that he starts to truly come into his own. Growing up on Reunion Island, on the opposite side of the Indian Ocean to Margaret River, he's incredibly dangerous in waves might make others uncomfortable (or downright scared), and he's probably not quite as worried about sharks either. Read More
193 items found
Page
Sort
Filter