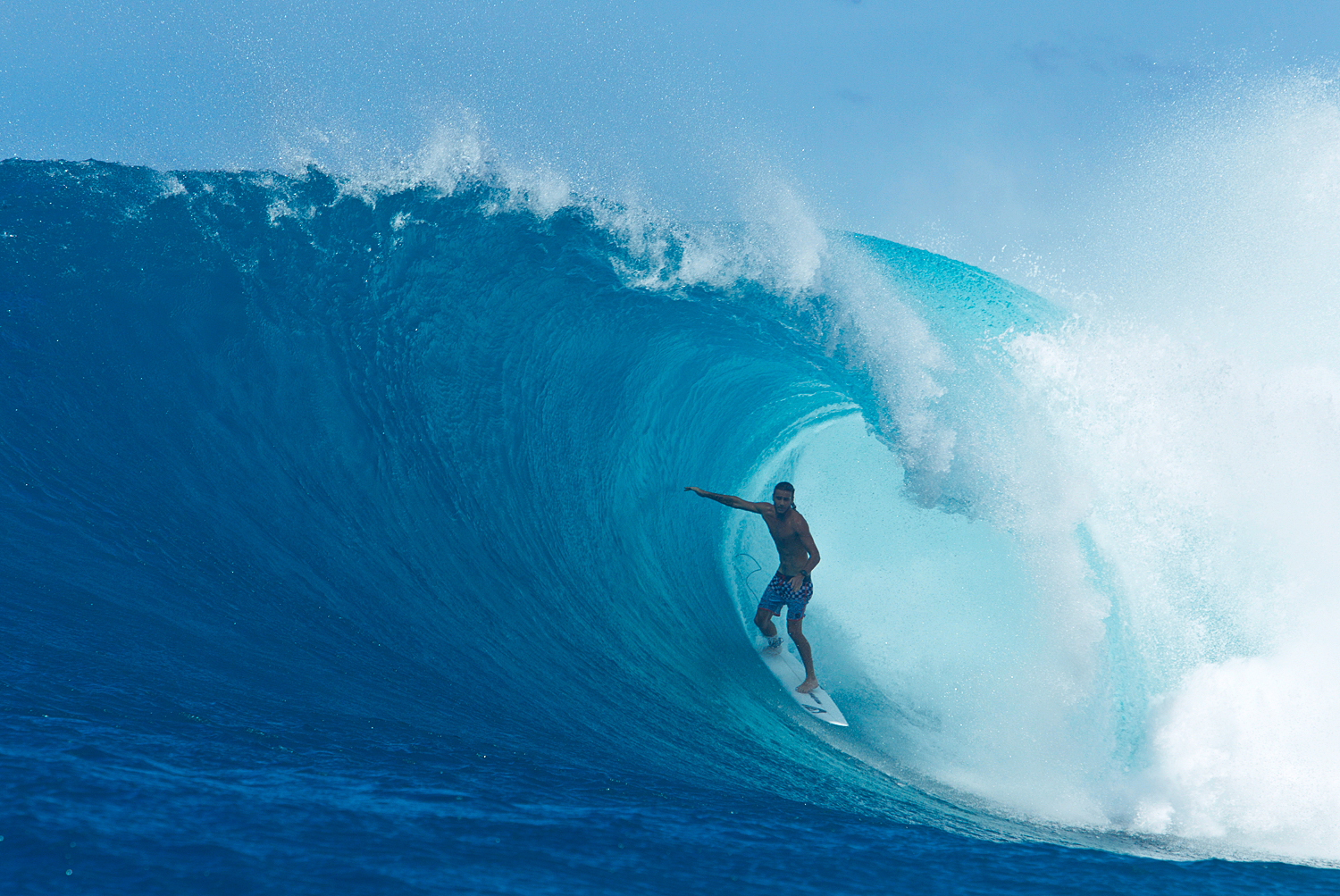 Mikey standing tall during the swell of the season at P-Pass, Micronesia. Photo - Andrew Shield. “After that I went back home, and with all the waves around there we’ve just been dialing in my boards non-stop. I’ve got a few that I can use in the smaller surf we usually get in contests, but they still have that spark you need to feel like you’re surfing your best.” After receiving the wildcard into the Quiksilver Pro Gold Coast, 2016’s season opener, Mikey managed to take out the reigning WSL World Champion, Adriano de Souza in his first ever CT heat. Showing that he’s got all of the skills and finely tuned technique of a top level pro, but with his own signature edge, Mikey’s start to the year confirmed what a lot of people had already suspected – one of Australia’s best up-and-coming natural talents is ready to blow minds in 2016. “He’s the kind of surfer you’re just always excited to watch. From contests to clips, he’s fast, raw and unpredictable,” says JS. “Working with Mikey is always great because he’s already one of the most well rounded guys in the world – from huge airs in head high beachbreaks to mind-blowing tubes at 10 foot P-Pass, he can do it all.” So, where to next for Mikey? “This year I’m mainly chasing contests and doing a few trips on the side, trying to get into the best waves possible, and really working hard on qualifying for the CT. Just about every one of my new boards has been put away for a contest, so that shows how consistently good they’ve been! I can’t wait to see where we take it to from here.”
Thursday, 24 March 2016 1:16:05 pm Australia/Sydney
News